New Year’s Eve Fireworks Displays From Around The world 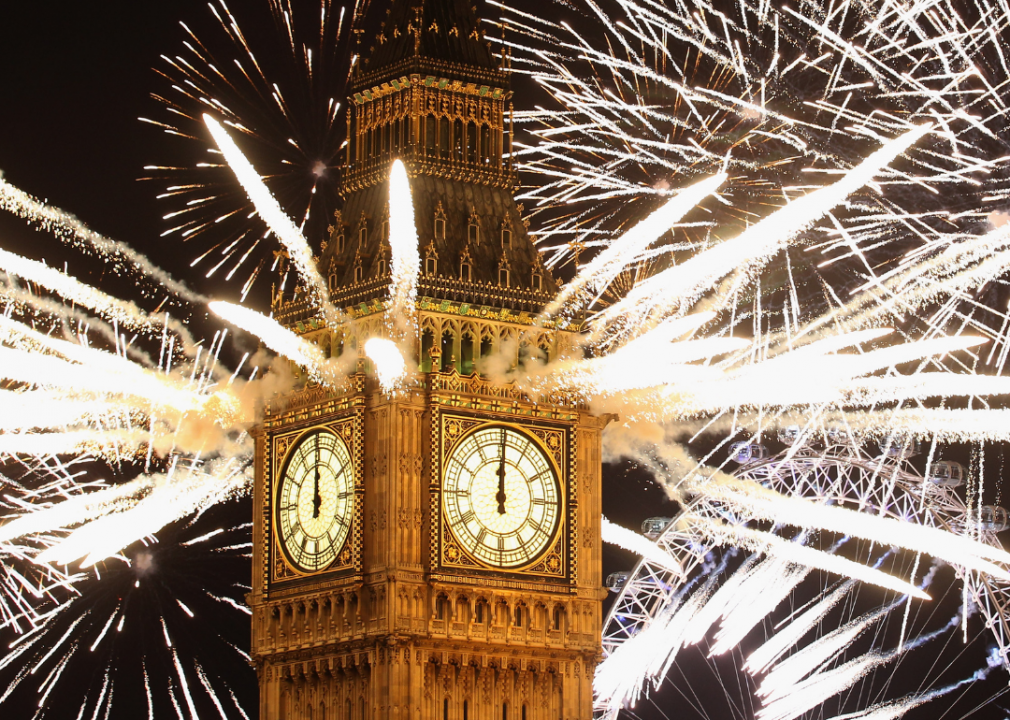 New Year’s Eve fireworks displays from around the world 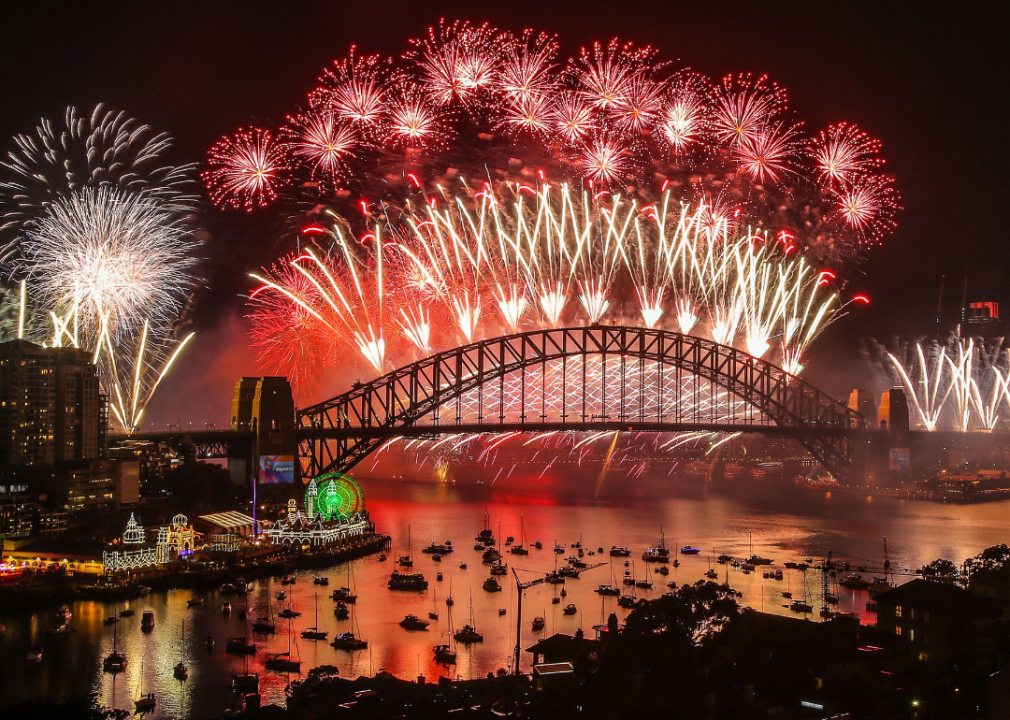 Sydney, Australia—one of the first places in the world to welcome the new year—has been putting on a massive fireworks display over the Sydney Harbor Bridge since 1976. Eight tons of fireworks, which cost around $7 million, are set off over the course of two shows, one at 9 p.m. and one at midnight. 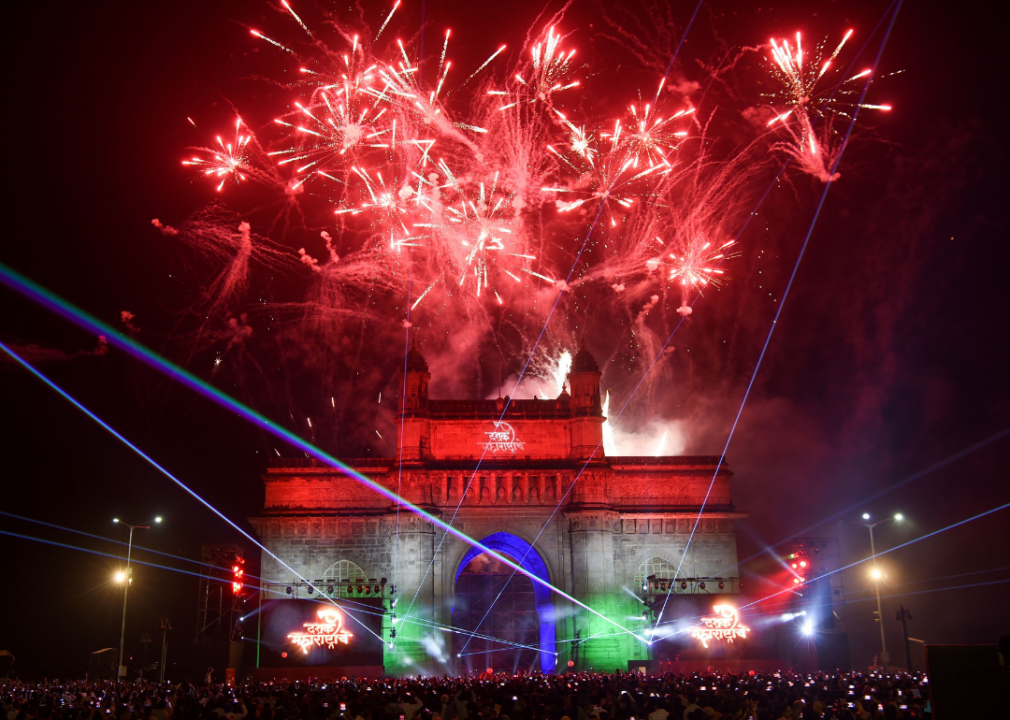 The massive 2020 fireworks display at the Gateway of India in Mumbai (pictured)  was intended to put the Indian city on the map as one of the biggest New Year’s Eve celebrations in the world. In addition to the stunning fireworks display, the event featured cultural performances, lasers, and a sound and light show. 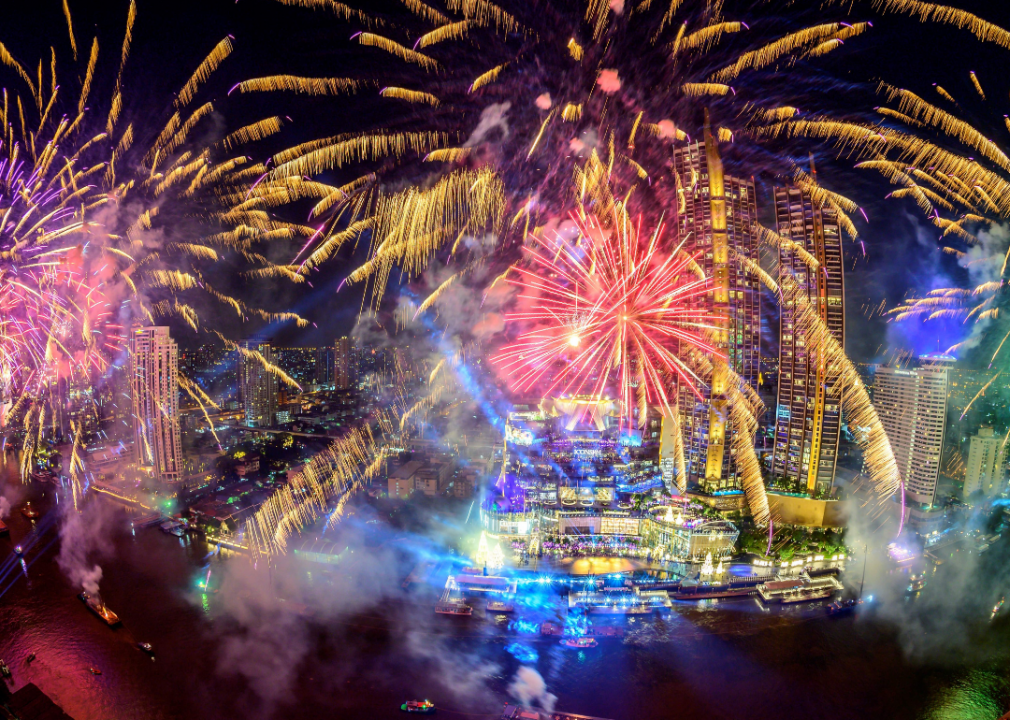 Revelers can watch Bangkok’s New Year’s Eve fireworks show from cruise boats on the Cho Phyara River. Many of these vessels ensure the new year kicks off memorably with buffet dinners, free-flowing drinks, and onboard entertainment. 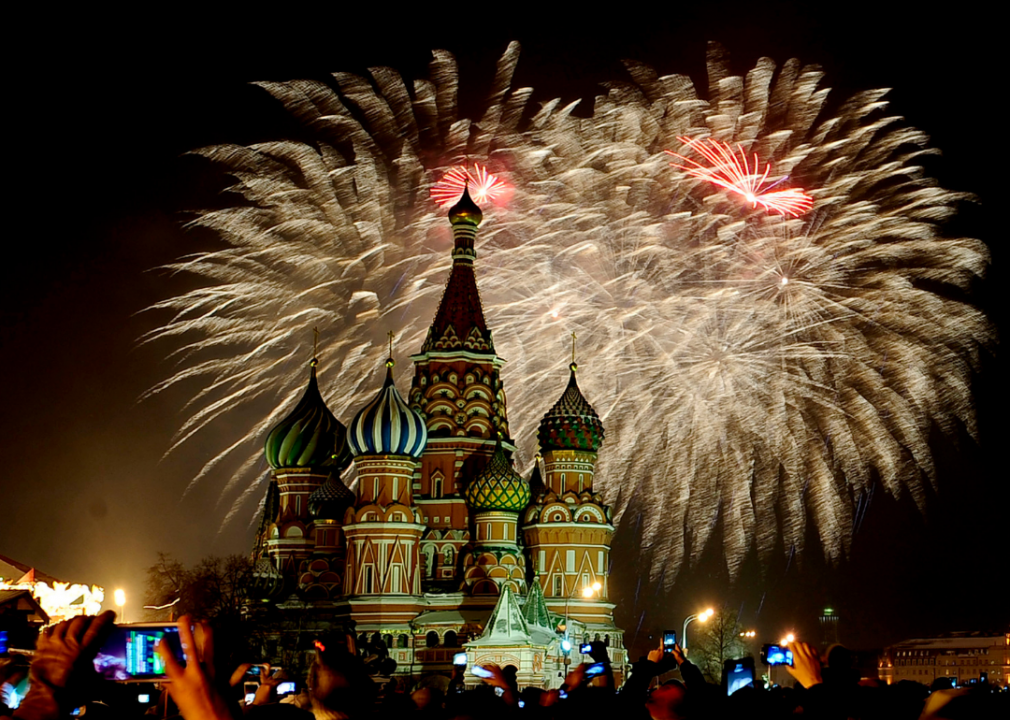 New Year’s is a bigger holiday than Christmas in Russia, with celebrations going on all night long and presents delivered from Father Frost first thing in the morning. It makes sense, then, that the fireworks displays—like this one at the Red Square—are massive, expensive to put on, and heavily attended. 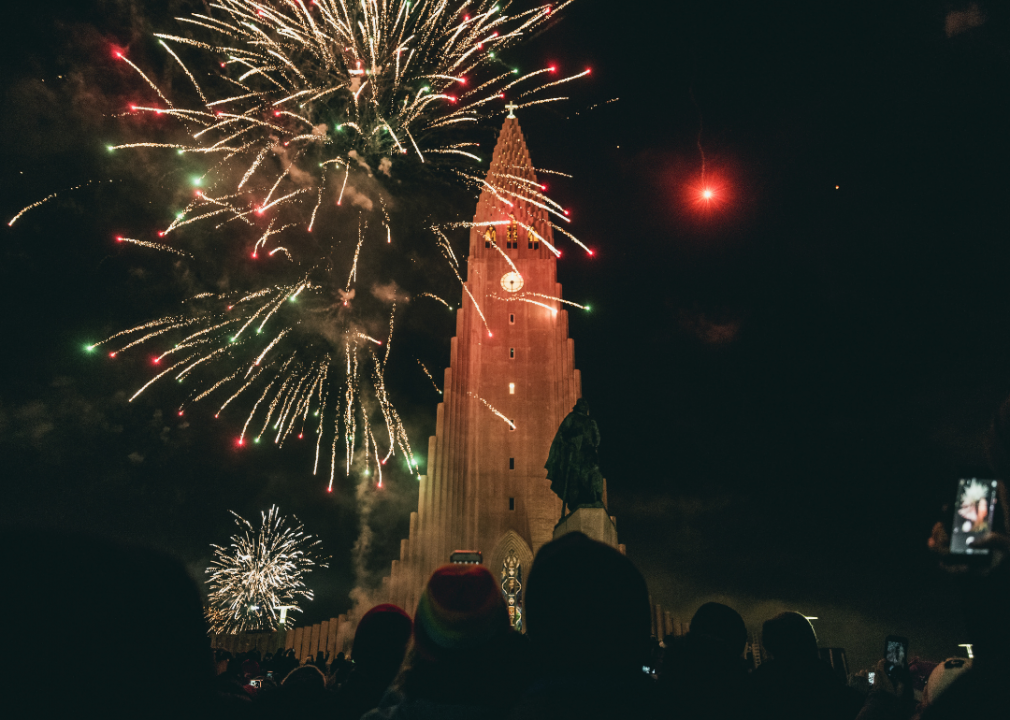 While many countries put on a handful of professionally produced fireworks shows on New Year’s Eve, Iceland actually turns into a fireworks show. The country’s search and rescue team sells fireworks as a fundraiser; so many people buy them that the skies are lit up from 8 p.m. until well after midnight. 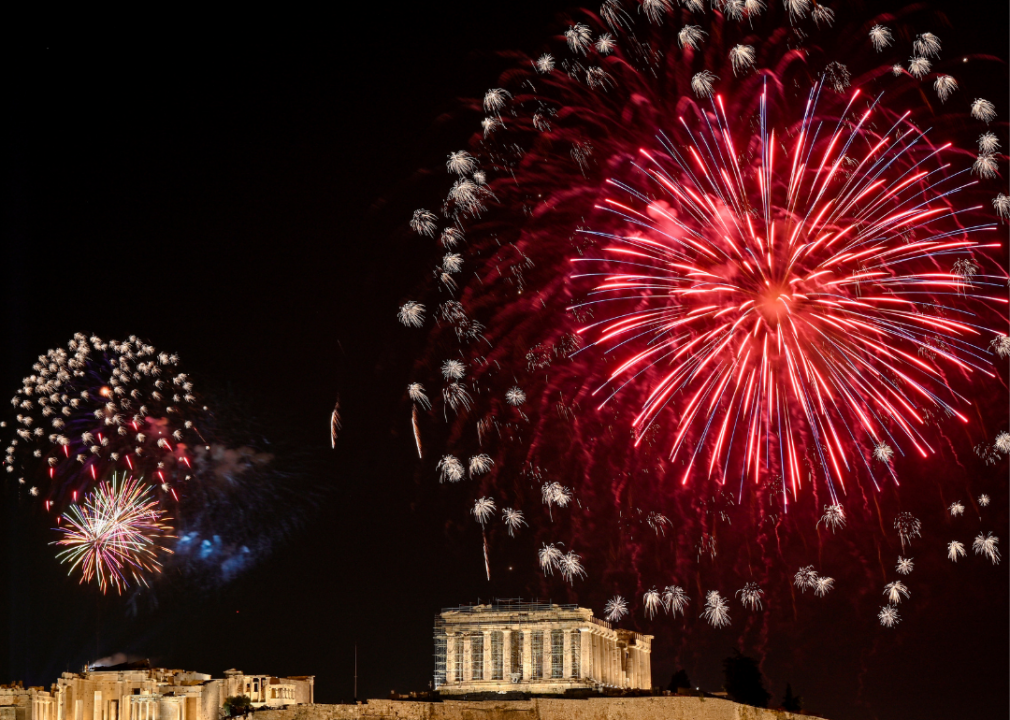 In Athens, the new year can be welcomed at one of the world’s oldest archaeological sites: the Ancient Acropolis. Here, visitors can enjoy the unrivaled experience of celebrating what’s to come while being surrounded by the literal history that brought us to this moment. 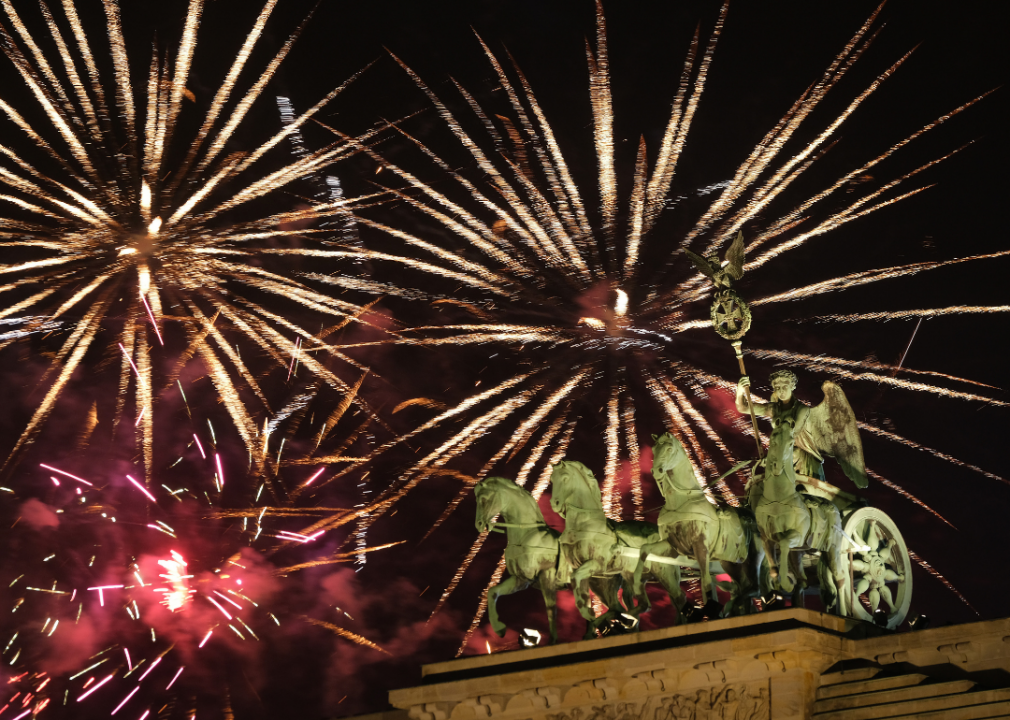 The New Year’s Eve festival at the Brandenburg Gate in Berlin is one of the largest open-air NYE celebrations in the world. The midnight fireworks show is one of its main features. 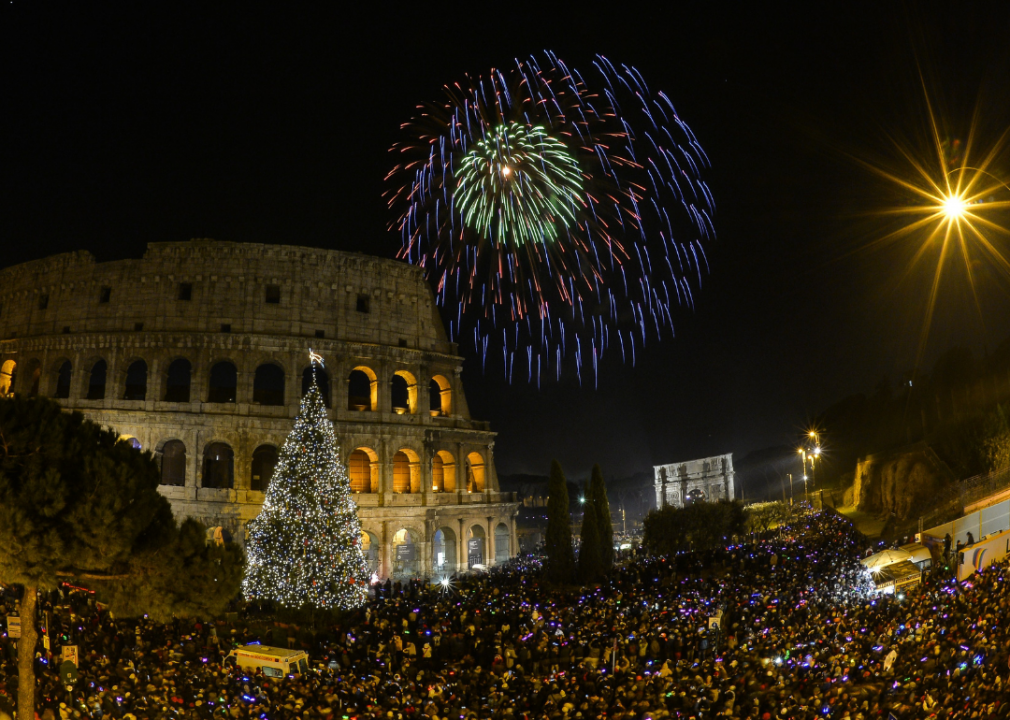 Ancient Romans believed that if they spent the first day of the new year in a happy and pleasant manner, then the rest of the year would follow along in the same way. Modern Romans continue this superstition by throwing massive parties complete with elaborate fireworks displays every New Year’s Eve. 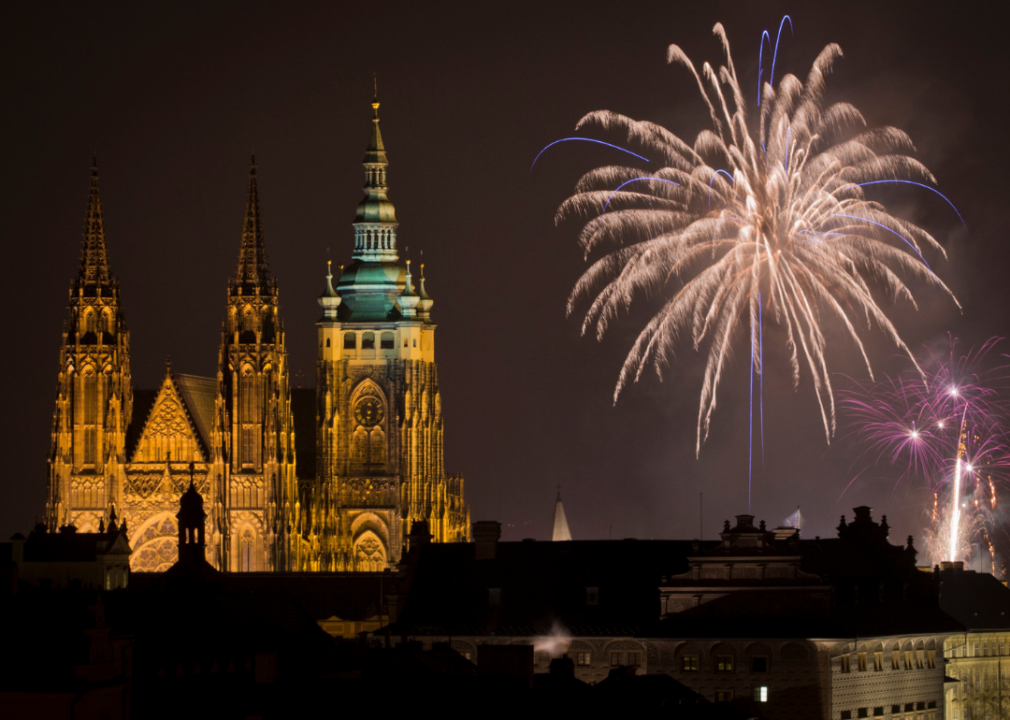 The highlight of New Year’s Eve festivities in Prague is the massive fireworks display that’s set off over the old city. Thousands of revelers gather along the Vltava River and in the Old Town Square to get the best views of the explosive show. 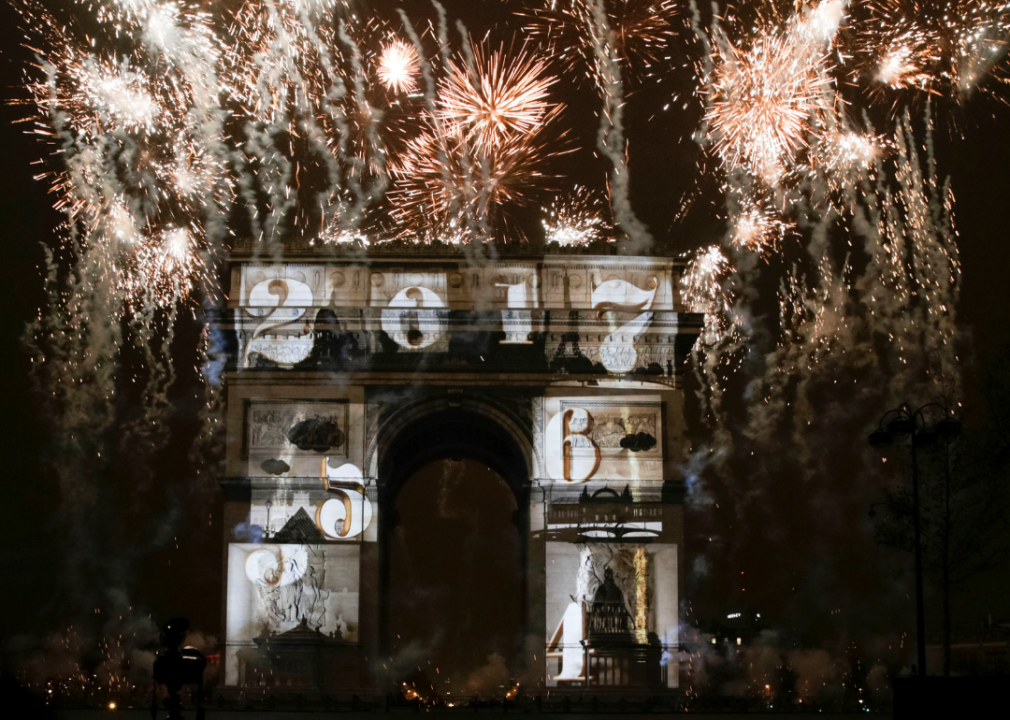 Paris hasn’t traditionally put on a sanctioned fireworks display on New Year’s Eve (with a handful of exceptions), opting for a lights show instead. However, the French metropolis seems to be changing its tune on the matter with fireworks shows at the Arc de Triomphe taking place with increasing frequency over recent years. 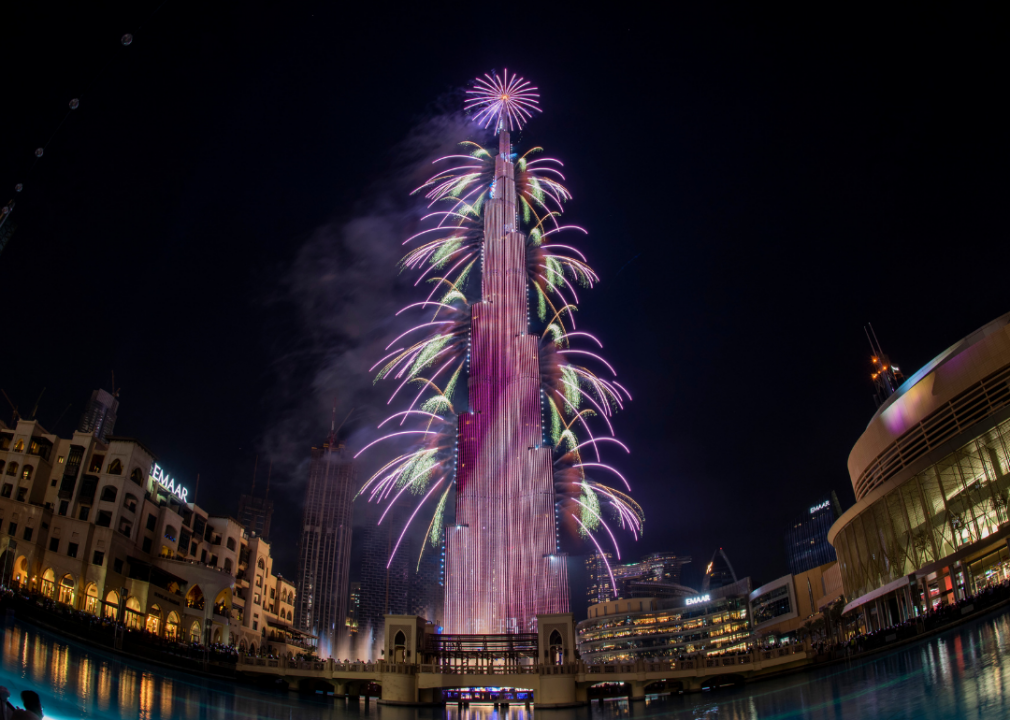 Over the years, Dubai has set numerous world records with its fireworks shows. These world-renowned displays are set around the city and often incorporate major landmarks, like the Burj Khalifa tower, as part of the show. 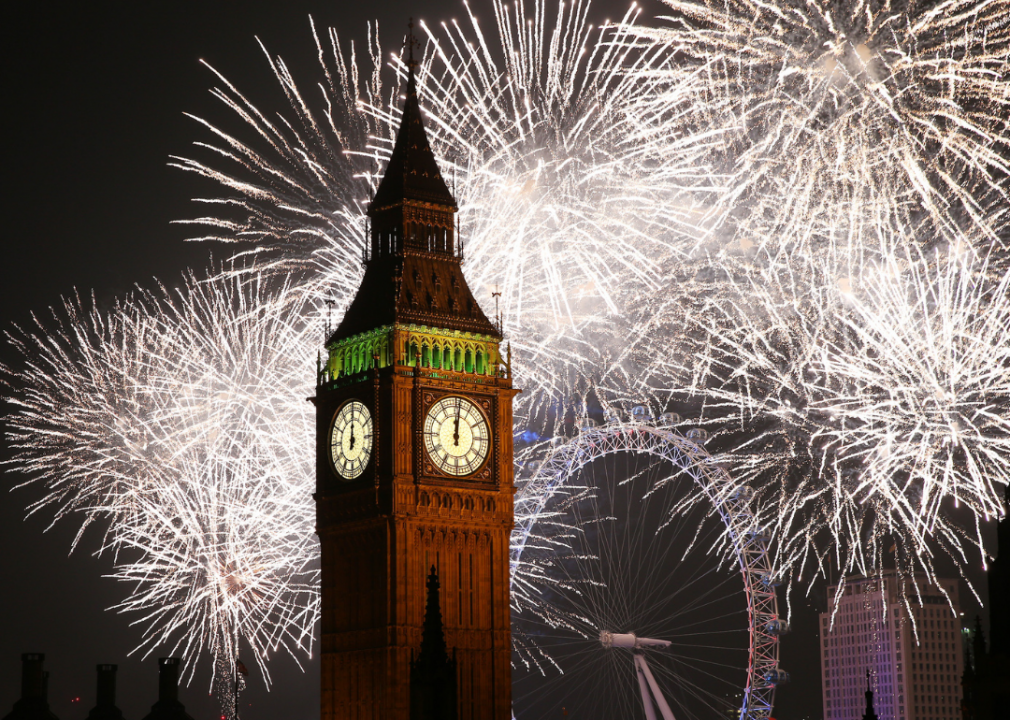 Since 2003, London has been hosting extravagant fireworks shows over the Thames river. The event is so popular that the city now sells tickets to the prime viewing areas, limiting attendance to 100,000 revelers. 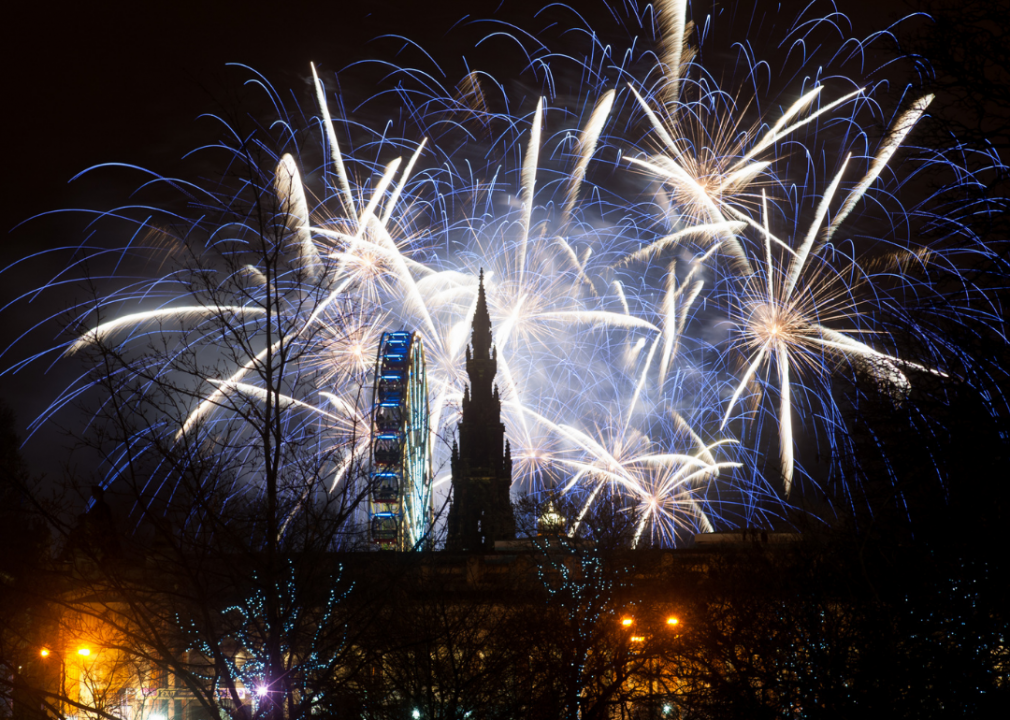 In Scotland, New Year’s Eve—or Hogmanay—is a properly organized festival lasting several days that includes street parties, concerts, and torchlight processions. The fireworks display, which erupts over Calton Hill, is one of the crown jewels of the event. 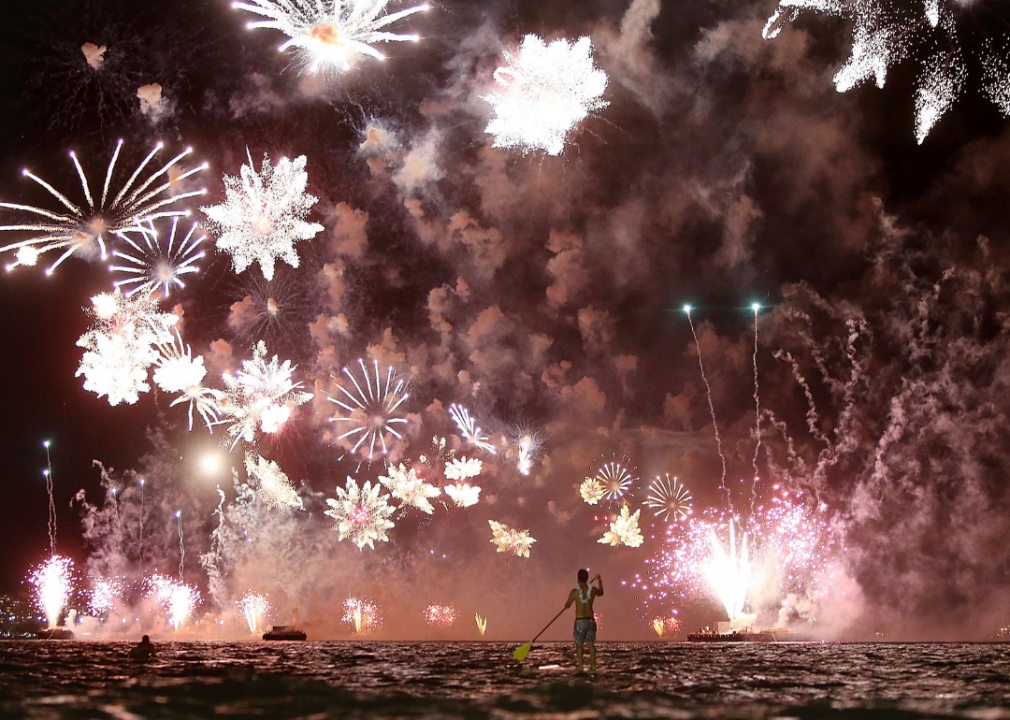 One of the longest New Year’s Eve fireworks shows in the world, the Rio de Janeiro display lasts for almost 20 minutes. Almost 3 million people crowd Copacabana beach each year to party and watch the stunning show. 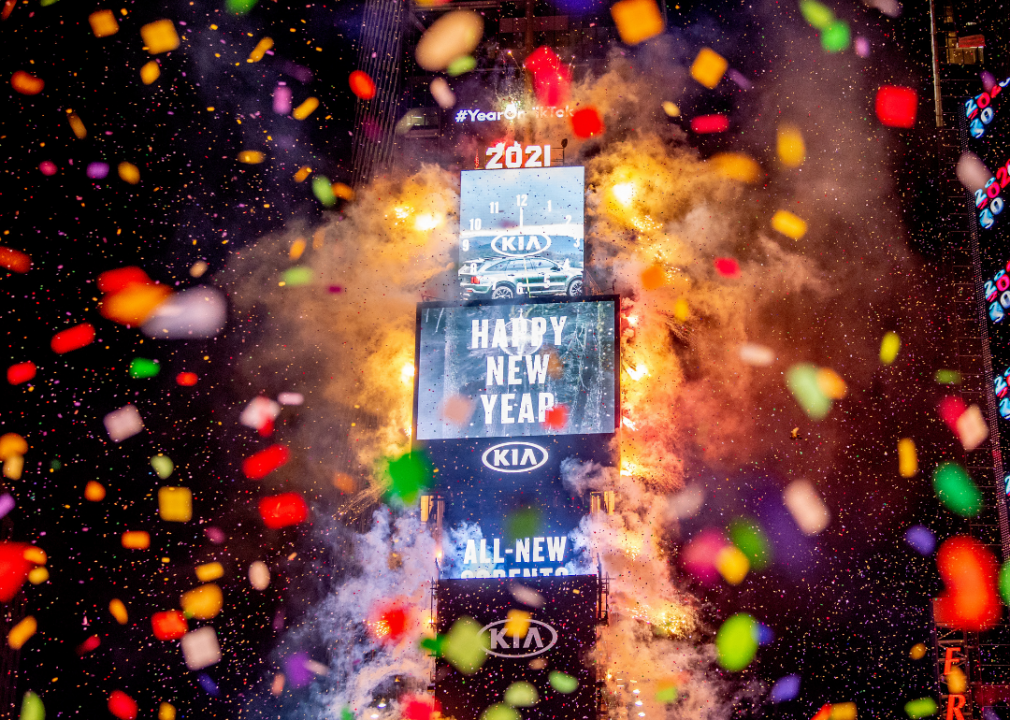 Arguably one of the most iconic New Year’s Eve traditions is the ball drop in New York City’s Times Square. Since 1907, the ball has been helping folks the world over ring in the new year, with fireworks erupting over the crowds and skyscrapers the minute the clock hits midnight.